While censorship of social networks is continuing in Chad, Internet Without Borders is stepping up efforts to restore access. The organization has partnered with NetBlocks, which specializes in the measurement of online censorship, to gather technical evidence of the social media shutdown in the country. Thousands of users responded to Internet Without Borders’ call to anonymously gather data on the state of connectivity,  to help our teams understand the ongoing censorship.
For more than 6 months, Chad has been the subject of a specific internet censorship: access to major social networking platforms is only possible through the use of VPNs, which are used to circumvent censorship. According to local telecommunications operators, these restrictions were ordered by the telecommunications regulatory authority in Chad, following government orders.
We now have technical evidence detailing the scale, duration, and sites targeted by this censorship by operators. 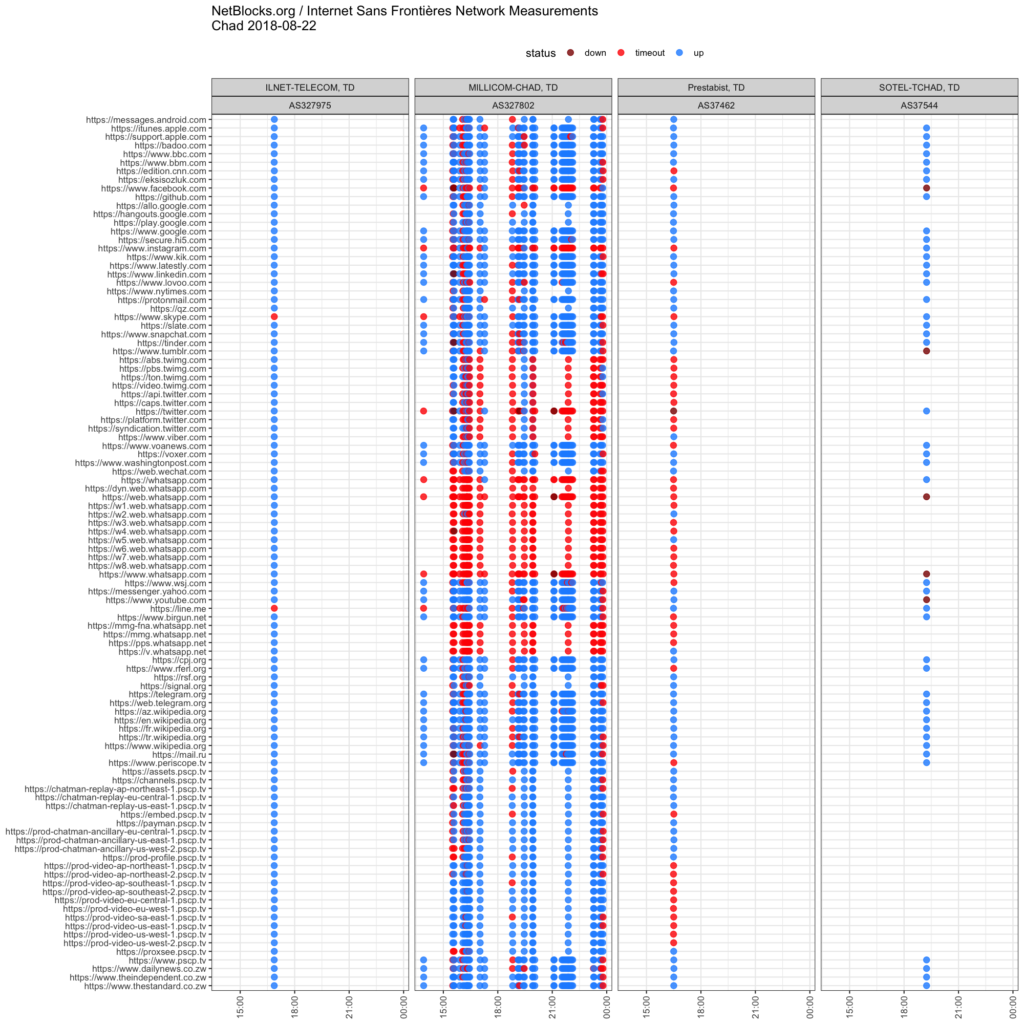 According to Alp Toker, executive director of NetBlocks:

“Data collected by the NetBlocks observatory comprising over 26,000 individual measurements provide validated technical evidence of the selective slowing, or throttling, of internet services by leading operators in Chad. Among platforms affected are key messaging and social media networks. We are sharing these data with our partner Internet Sans Frontières to facilitate action in support of universal human rights of freedom of expression and freedom of assembly for the people of Chad.”

Internet Without Borders believes in the strategic use of judicial remedies in order to achieve social change. These important data will be kept and used in court proceedings in Chad and before international bodies.

“The data collected in partnership with Netblocks clearly show that Chadian netizens are fed up: this is a real plebiscite against censorship, and for the return of a complete connectivity in the country. Internet Without Borders Chad will take all necessary measures before national and international courts to ensure that the right of users to enjoy an Internet of good quality and at a reasonable cost becomes a possibility“, said Abdelkerim Yacoub, Central Africa Director of Internet Without Borders.

[…] 2018. Telecommunication firms together with Airtel and Tigo have stated they blocked messaging apps following orders from regulatory […]